How Can Something So Bad Feel So Good?

I wasn't having a bad day.  In fact, I was having a great one.  Something had to be amiss, so I balanced my karma by making an 80 year old grandmother go outside and sweep leaves in a gusty fifty degrees. 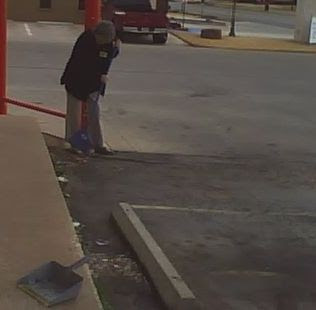 Actually, she agreed so she could loosen up her back.  She was going to a job interview about thirty years ago and rolled her car a few times.  She called the company she was going to interview with and told them she was going to be a bit late, then walked out of the hospital with a broken back (!!!1!!) and made it a mere 45 minutes late.  Got the job.

Know how she met her husband?  Roller derby, of course.  Thirty years, three kids.  Does on a Dairy Queen napkin what District does on his laptop, then shows him his mistakes.

I keep telling people they grow them bigger now, but tougher then.