A Gnomish Christmas: The Gnome Who Fell To Earth 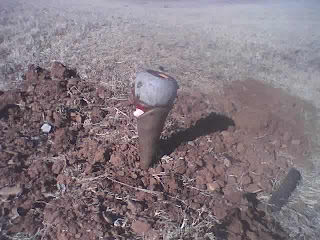 I first met Gniel shortly after Thanksgiving. I thought it was an oversized golf tee, but closer inspection revealed it to be a gnome stuck headfirst. He was mumbling incoherently about "parachute failure" so I took him indoors. Lucky for him, he had landed on a turned up patch of dirt, so no damage was done.

We soon became friends, with Gniel behaving like a typical gnome: Eating endless cups of 'Gnome Kitchens' cream of turnip soup while watching the Gem Shopping Network. (He helped me pick out this eudialyte and silver pendant.) 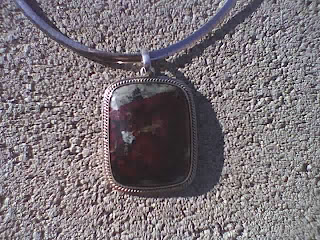 But there was other behavior as well. 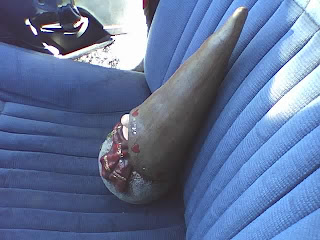 He insisted on driving around the neighborhood street by street. What was a gnome doing in pancake flat Desolation County anyway? Then his friends started showing up. Great. Freeloaders. 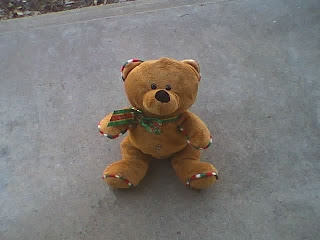 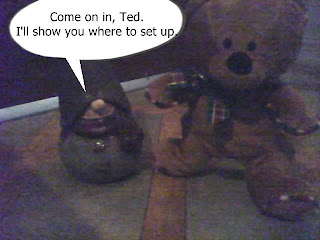